Be Prepared To Be Internet Famous 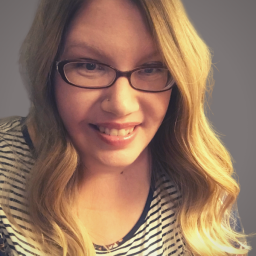 5 Ways A Quiz Can Help Your Biz

Tips For Using HARO To Get Great Press Coverage

Secure your place in our free webinar on [topic] and learn to achieve [outcome].

The majority of people don’t have a clue who Crissy Herron is. But there are people who do.  Like a lot of bloggers and social media users, I have become Internet Famous.

I started this blog in 2007. Twitter was pretty new, most of the people using Facebook were actually college students, and there were still a lot of people who had no idea what blogs were.

The world has changed a lot in five years. Blogging is so popular (and bloggers are so influential) that the FTC created guidelines for it. Pretty much everyone you know is on Facebook. If you know someone with an iPhone, odds are that they have an Instagram account. Most people go to more Twitter Parties than real parties, and even those who don’t are still pinning their lives away on Pinterest.

The bottom line? If you’re going to be active in blogging or social media, be prepared to be Internet Famous.

Here are some of the pros … and the cons:

Pro – You get to meet a lot of cool people. If you’re blogging or using social media, you are going to meet a lot of people in a lot of places. After a while, you’ll be able to pick any city on the map, and chances are, you’ll know someone from that location. In many ways, that’s very comforting. You can get tips from locals in any city you’re traveling. Just like Travelocity says “You’ll never roam alone.”

There are also a lot of blogging and social media conferences out there where you can meet up with your online peeps. This can be a lot of fun. Trust me, I know.  In the past few years, I’ve met up with other bloggers and biz owners that I met online in Chicago, New York, Columbus, the Twin Cities, and even in my own hometown! Some of these people have become great friends of mine (friends that I travel with and meet new people with!), and who knows if I would have ever met them without my blog or social media introducing us?

The first time this hit me was in 2008 when I was in Chicago for the Renegade Craft Fair. As I went to the different booths, a lot of people recognized me and some even mentioned that they read in a forum or on Etsy or whatever that I was going to be there. I didn’t post in any forums. I mentioned in a newsletter that I was going- and it got talked about.  I felt flattered – but also scared as hell. And that anxiety usually springs up whenever I meet people at a conference or event.

The fact that I have met lots of new friends this way assures me that I don’t look like a total idiot in person, but it’s something in the back of my mind.

Pro & Con – You’re responsible for what you say (and how it looks.) Back in October, I wrote a post about the term “Mompreneur” being used as a marketing / PR strategy (and why it was bad to do it). I received a lot of positive feedback – and a lot of really horrible feedback. I still don’t think that the people who were so enraged really read the damn post. And if they did, they didn’t understand it. I had a lot of moms who wanted to beat me up.  And they started discussing my personal life among themselves.

More than one person wrote on other blogs about me, how they felt I was stupid, and their idea of  “how I would feel in 10 years when I have a baby of my own.” Well, sorry ladies, but I’m 34. In 10 years, I’m more likely to be in menopause than the maternity ward. And why is my uterus their business? Why should they be assuming that I’m going to have kids? Why isn’t it okay to be a woman with no kids? I’m a great aunt. Isn’t that enough?

Like I said – I received a lot of positive reaction from the post, but when you get a big negative reaction, it does sting. So, be prepared.

Pro- You can look cool. I’m not going to lie. I Google myself every once in a while. It’s pretty cool to see how many times your name and site are mentioned on the Internet. It’s always flattering when I read a blog post from someone who mentions my site and tells people how awesome it is.

It’s flattering and just about makes me cry every time I get an email from someone who thanks me for doing what I do. It truly makes my day when that happens.

Con – You can look like an ass. Sometimes you can control this and sometimes you can’t. For example, if you are posting pictures of your toddler on their training toilet, you need to know that when your kid is 15, they’re gonna hate you. That’s your own damn fault.

Unfortunately, there are things you can’t control. If you go to an event, there’s the possibility that people are going to post pictures of you that you hate. And sometimes, people may publish some less than stellar posts about you and your blog.  And you may even get some hate mail. I’ve gotten my share of it from the angry moms I mentioned above, as well as idiot dudes who think I hate men, and am discriminating against them, just because my site is called Indie Biz Chicks.

Pro- Self-expression & Creativity (nothing trumps this) Look – you’re going to be known for what you do on the Internet.

If you’re blogging and using social media, you’re giving up some privacy. Deal with it.

You have an amazing tool in your hands. You have the power of creativity and self-expression that previous generations only dreamed of. You can send your message out to more people in five minutes than your grandparents probably knew in their whole lives!

You have the opportunity to do great things.

(just know that the things you choose to do will forever be linked to you, so choose wisely!)